According to Wikipedia: “A person’s Erdős–Bacon number is the sum of one’s Erdős number—which measures the “collaborative distance” in authoring academic papers between that person and Hungarian mathematician Paul Erdős—and one’s Bacon number—which represents the number of links, through roles in films, by which the individual is separated from American actor Kevin Bacon”

My Erdős–Bacon number is 7.  For proof, read on:

I was an extra in the 1992 movie School Ties.  Here is 18 year old me sharing a scene with Brendan Fraser. 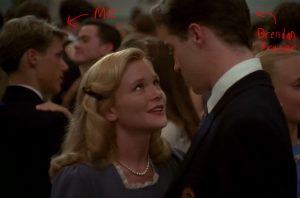 Brendan Frasier and Kevin Bacon both appeared in the 2007 Movie “The Air I Breathe”, giving me a Bacon number of 2.

In 2004 I published a paper with Alexander F.H. Goetz in Photogrammetric Engineering & Remote Sensing: 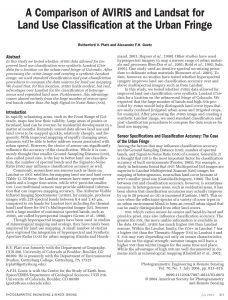 Alex Goetz is 4 degrees removed from Paul Erdős, giving me an Erdős number of 5. 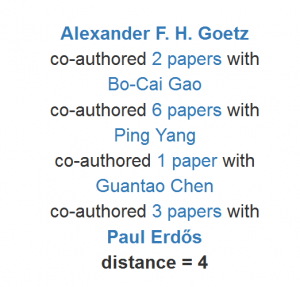 Thus my Erdős–Bacon number is 7 which is the same as Natalie Portman and Colin Firth.